What do you know about the word isekai .

Isekai is a genre inside fantasy where the main character or the protagonist is reborn in an another world where he may have gotten stronger, got magical powers or may have been turned into other species.

In the modern times it’s becoming popular as people loves to assume being in an another universe and being with the basic story that an unsuccesful person got reincarnated connect with many teenagers. 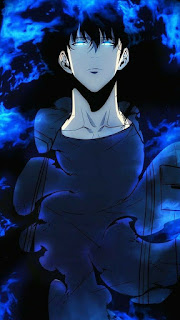 Isekai the meaning of this word is – other world incarnation and with time the manga based on the isekai genre has been getting a lot of attention and love from anime community.

Isekai manga has the protagonist transfered from other world or they have being reincarnated or reborn in an another world after their deaths in the world of magic or swords or robots .

The character being reborn as a wizard in the human clan with high skill in magic or being reborn a slime or as a orc and conquering the countries forming their own kingdom .

The world of isekai is immense with many possibilities .

So in there you will definitely find something for you to read.

The isekai manga has always been a centre of attraction for me I like them a lot and their is no end of them in the manga library and some of the manga of the isekai genre that i have read till now and loved are down below.

Isekai With Mc Becoming Other than Human

Now in the isekai genre there are many popular manga following this setting where the mc is reborn but not as a human being but as a inanimate object, an animal or even other species.

The most famous of it has been that time I got reincarnated as a slime but there are many more available with this setting you can check the 3 down below.

Isekai where mc turns into a magician

Now in many settings of isekai becoming an magician has also very common or sometimes it’s like the mc get reborn in the world of magic.

And if he is a magician he could be the strongest or can be the weakest there are isekai manga with both setting.

Gonna list 3 which I loved in this down below.

Isekai where mc is reincarnated as overpowered MC

Best Manhwa Where The MC Is Reborn As Monster|Reincarnation Manhwa

Hi myself Vivek, I'm an inspiring blogger who loves anime and manga alot and wish to share all about it to you.

Best pokemon Go Pokemon To Have 2022

10 Strongest Legendary Pokemon In The Series Ranked
View all stories

You may have missed

Who is Kang The Conqueror Origin Powers Abilities and Different Variants